Looking at the five day weather calendar for the last week of December does not exactly produce a warm and fuzzy feeling. The coldest temps of the season play a role, not just in human activity, but on insects and rodents. In fact, the weather here has a direct impact on seasonal pest control in Massachusetts because, like humans, pests need to stay warm to survive. 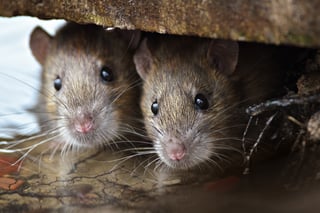 While this is just a quick snapshot, it provides an overview of how our weather influences pest activity that we're always addressing at Burgess Pest Management. But what complicates things is that weather in New England is not consistent. The result is a crossover effect of pest pressure between months and seasons. In other words, it's possible for termites to swarm late winter if the weather conditions are right. You can also see tick activity in the winter, especially if the temperature hovers around 40 degrees. Ants are also known to come out in January and February, in addition to their normal periods of heightened activity.

So the bottom line is, seasonal pest pest control in Massachusetts is a year-round effort that takes regular attention, service, and care.