The Ants are Marching

Working in pest control has a tendency to change a person. We see and hear the strangest things, we venture into some of the worst infestations you can imagine, we are loaded with weird pest-related facts (things many of us never wanted to know). There’s pretty much no such thing as a boring pest—I mean, we’ve even posted fun facts about moths. If you had to pick a pest that’s a little bit uninteresting, it’d probably be ants, right? You’re familiar with them. They waltz into your house and steal your food, they crash your cookouts, they ruin your lawn… what else could there possibly be? Settle in, because ants are more fascinating than you’d think. 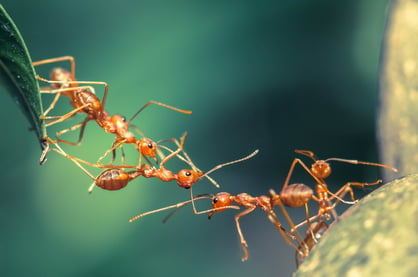 Despite being pretty darn interesting, ants can ruin a picnic, damage your home, wreck your grass, and generally make it tough to have nice things. It can be challenging to eliminate an infestation once it’s established; that’s why the ant experts at Burgess Pest are ready to march whenever you need us. We have a variety of plans to Protect Your Pad from ants of all kinds, and whatever else is bugging you.