A carpet beetle problem can go unnoticed for some time, and they can do some damage. Read on to learn about carpet beetles in Massachusetts.

“Carpet beetle” sounds pretty self-explanatory, right? It’s certainly accurate—these beetles do infest carpet, but that’s not all they do. They eat it, lay eggs in it, and permanently damage it. You may never have heard of carpet beetles before, but if they invade your home, you’ll quickly learn all about them. Here’s a little information about carpet beetles that infest Massachusetts homes. 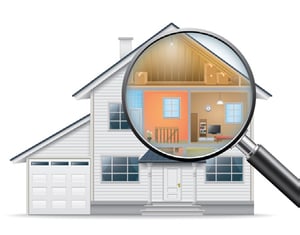 While spotting an adult carpet beetle in your home can be cause for alarm, it is actually the immature and larval carpet beetles that damage fabrics. Carpets aren’t their only meal of choice, either—they’ll feed on other types of fabric as well as hair, lint, skin cells, and other materials. Because the larvae like dark areas safely out of eyesight, you often won’t know you have a problem until mature beetles emerge.

Carpet beetle damage is sometimes confused with that of other fabric-destroying pests such as clothing moths. A pest management professional can accurately identify what it is you’re dealing with—hey, that’s us! Call Burgess Pest for a free inspection and let us get rid of the little rugrats.

We can Protect Your Pad from dozens of other pests as well! Ask about our Pad Protection plans.

{{contact.firstname}} Thanks for visiting today!